An armed gunman killed 12 and wounded 58 in a movie theater in Aurora, Colorado just after midnight during an opening screening of the latest Batman movie “The Dark Knight Rises”. The gunman has been identified as a 24-yearold dropout of a neuroscience PhD program at the University of Colorado, Denver. At the time of […]

On June 28, 2012, Barclays, the United Kingdom’s second largest bank by assets admitted to a claim by the authorities that it manipulated borrowing cost from 2005 to 2009 and agreed to pay a fine of $455 million to U.K. and U.S. authorities to settle charges. Barclays sets the London interbank offered rate commonly known […] 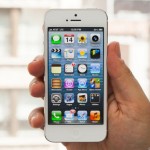 Since the Greek election and their decision to work with the Eurozone instead of leaving it, European countries are feeling bit relieved. Spain recently received $125 billion in bank bailout funds. However, now the focus shifts to Italy. Italy is the third biggest economy in the Eurozone. Italy is showing signs of financial trouble for […]

By the time JPMorgan Chase discovered a loss has occurred at its London office on May 10, 2012, it has exceeded more than $2 billion. Its CEO has taken immediate action by removing the responsible parties from the bank. At a hearing before the Senate Banking Committee on June 13, 2012, the CEO stated that […]

Sometimes you need low calorie alcoholic drinks to rescue you. Have you tried those boring diets where you eat foods that just taste bland?  Or maybe you have tried the diets that leave you hungry?  But then you find a diet that you like and combined with an exercise regimen, you are beginning to see […]

Last week of April 2012, the Internet was bussing about a break of mad cow disease again in a facility in nation’s number one diary producing Tulare County, California. The U.S. Department of Agriculture (USDA) officials have confirmed that they found a cow infected with the disease and the cow in question has been euthanized. […]

First it was an article in the New York Times and then it spread over to the Internet during the last two weeks of April 2012 that a subsidiary of the retail behemoth Wal-Mart Stores, Wal-Mart de Mexico, is involved in a $24 million bribery scandal in Mexico in September 2005. It was alleged that […]