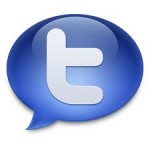 The other social network giant, Twitter, is making an Initial Public Offering (IPO) on November 7, 2013 on the New York Stock Exchange (NYSE) and intends to become a publicly traded company. Twitter has more than 230 million subscribers at this time. It is expected to raise $1.6 billion which is equal to one tenth […]