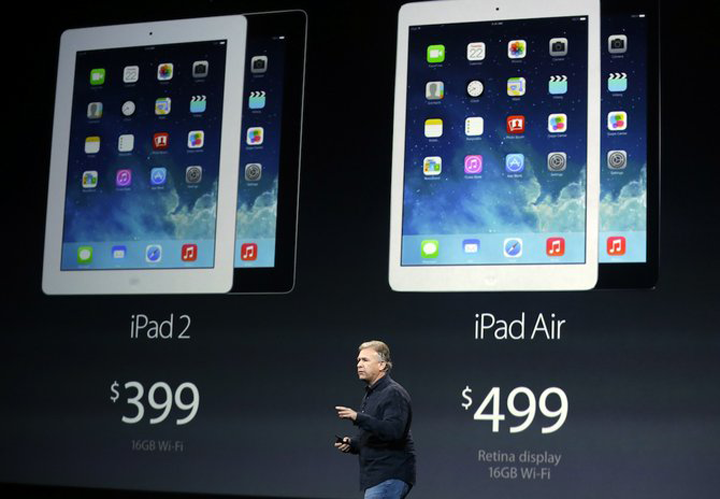 Some industry experts estimate that the number of tablets shipped during the quarter ended in September 2013 to be around 47.6 million units. Apple, the largest tablet vendor accounts for 14.1 million units while Samsung coming in second. Can Apple keep continuing this success in the tablet war?

Apple expect to start selling its newest tablet, The Air on November 1, 2013 including in the world’s fastest growing market, China. Industry experts expect Apple to sell over 25 million iPads during the current quarter, a 12 percent increase over the last quarter. Initial reviews of The Air are very encouraging. The Air comes with many features including 7.9-inch and 9.7-inch models at prices ranging from $299 to $499. Anticipated sales will keep Apple the world’s leader of tablets.

Android and Windows based products are the biggest threat to Apple. Samsung experienced a 125 percent sales increase year over year. The third place ASUS claims 7.4 percent of the market while Google’s Nexus 7 sales gaining the momentum. The Surface from Microsoft made $400 million for the company during the quarter ending in September 2013 while Apple making $6.2 from iPads during the same period.