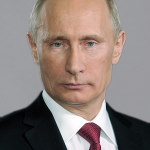 In July 2012, the Assad regime confirmed that Syria possess stockpile of chemical weapons. The international community especially the President of the United States was closely watching the ongoing civil war in Syria and previously indicated that it will take action against the Syrian government if chemical weapons are used against civilians. According to many […]